What Big Pharma Can Learn From the Paint Industry 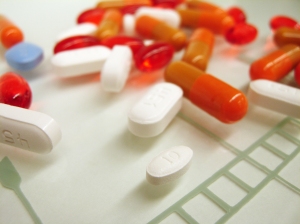 It was one of those quiet moments of victory for environmentalists and public health advocates: In 2012, Alameda County’s Board of Supervisors unanimously adopted the nation’s first ordinance requiring pharmaceutical manufacturers to fund and manage a drug take-back program.

Millions of overprescribed, unused, and expired medications contribute to drug abuse, accidental poisonings, aquatic impacts, and water quality issues. The trash or drain is not a safe method for disposing drugs – which is why King County, Washington; San Mateo County, California; and San Francisco, California followed suit with similar ordinances.

Big Pharma, however, has spent the last three years fighting back in the courts, arguing that the Alameda law interferes with interstate commerce. After two lower court decisions cited no interstate commerce violation, Big Pharma took the case to the U.S. Supreme Court. The high court recently declined to hear the pharmaceutical industry’s case against the Alameda County Safe Drug Disposal Ordinance. Whether Big Pharma will continue to pursue its costly litigation strategy remains to be seen, but one thing is clear: if the industry instead chose to collaborate, it could help shape a long-term, cost-effective solution that protects all interests – economic, health, and environmental.

Drug take-back laws may be new, but laws requiring manufacturers to take responsibility for the safe disposal of their products are not. What’s more is that not all industries continuously push back and fight against such laws. Currently, there are 8 states (and the District of Columbia) that require the paint industry to fund and manage the recycling and safe disposal of leftover paint; all of these laws were developed in collaboration with the American Coatings Association (ACA), which represents over 95 percent of U.S. paint manufacturers. 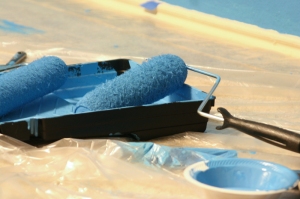 First some background: Back in 2002, the Product Stewardship Institute (PSI) asked the paint industry to take responsibility for managing leftover household paint because, when poured down the drain or sent to landfills, leftover paint threatens aquatic ecosystems and wastes valuable resources. Managing paint wastes is typically the most costly part of municipal household hazardous waste programs as well. PSI estimated that it would cost paint manufacturers about $650 million each year to safely recycle or dispose of the estimated 75 million gallons of leftover paint generated yearly in the United States.

After initial reluctance, the paint industry agreed to meet with PSI and some of PSI’s state and local government members. After nearly a dozen meetings and multiple calls over four years, PSI and ACA reached an agreement in 2007 on a model state program that would be implemented nationwide. Since then, the nine aforementioned jurisdictions have used that model to adopt laws holding the paint industry responsible for collecting and properly managing all leftover paint in their area; similar bills are pending in another dozen states. As a result, 8 million gallons of paint have been diverted from disposal so far in the first five states in which the paint stewardship program has been implemented, saving local governments over $50 million in transportation and processing costs, according to paint industry estimates.

What can the pharmaceutical industry learn from this?

With the number of prescription drug overdoses rising annually, the risk posed by leftover medications raises the stakes, as well as the opportunity, for the pharmaceutical industry to take the lead and create convenient medicine take-back programs for U.S. residents. Such a program is within reach, and would cost the pharmaceutical industry roughly $3.51 per capita annually for the safe collection and disposal of pharmaceuticals, according to estimates from King County, WA. Similar programs have operated for years in Canada and at least a dozen European countries, taking the financial burden off of taxpayers.

This is clear: the pressure on the pharmaceutical industry isn’t going away. The path for industry-funded producer responsibility has been paved; with 88 producer responsibility laws operating in 33 states across the US for 12 different product categories, there is ample proof that take-back legislation can be implemented successfully. The pharmaceutical industry could be poised to become the next big success story – if it is willing.